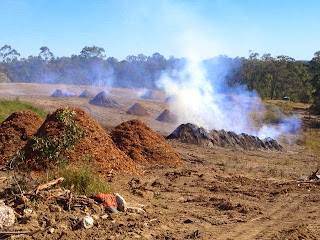 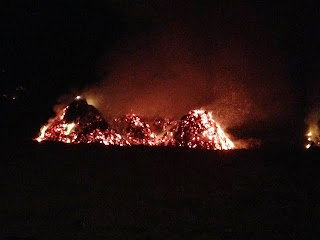 A fire bug has struck at Bellbird Park destroying part of a major greenfield development site between Jones Rd and Woogaroo Creek.

Eleven fires were lit on Monday and Tuesday night at the Brentwood Forest estate off Columbia Drive.

A large smoke pall hung over the southern part of Bellbird Park on Tuesday afternoon.

Camira Fire and Rescue attended the scene and confirmed to Ipswich City Council officers the fires appeared to have been deliberately lit.

Cr Tully said the large pall of smoke created by the firebug had created a serious local health issue.

"The sooner he is locked up the better."